Taken from the debut album 'Keep On Running', is this live version of 'Cross The Line', previously featured on Radio 1 Ireland. We're keeping warm and cozy by the fire again with this solo acoustic version released earlier this year with a few more to come soon! Catch up with the full video here

Hope you're all keeping well and healthy! x 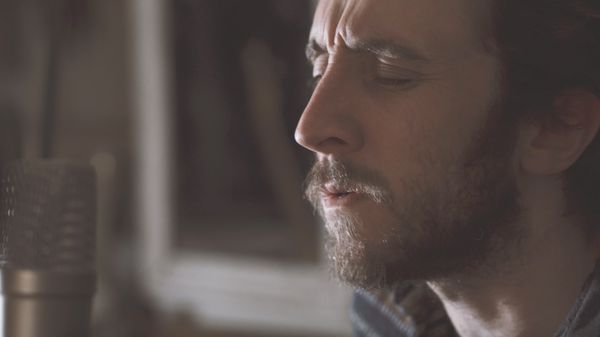 “Consistent and sophisticated… Keep On Running is rather special.” ***** RnR Magazine (UK)

With the ups and downs of the pandemic still prevalent, it's nice to come home to such a kind review from a magazine you used to pick up as a teenager. These guys, as with many publications, will need your support now more than ever so be sure to pick up a copy of your favourite magazine! You can grab this issue in WHSmith as well as newsagents or online here

“There is a consistent and sophisticated blues feel to the album...Alongside Joe’s vocals, the quality of the players’ delivery throughout ensures that Keep On Running is rather special.” – ***** Tom Povey (RnR Magazine, UK) 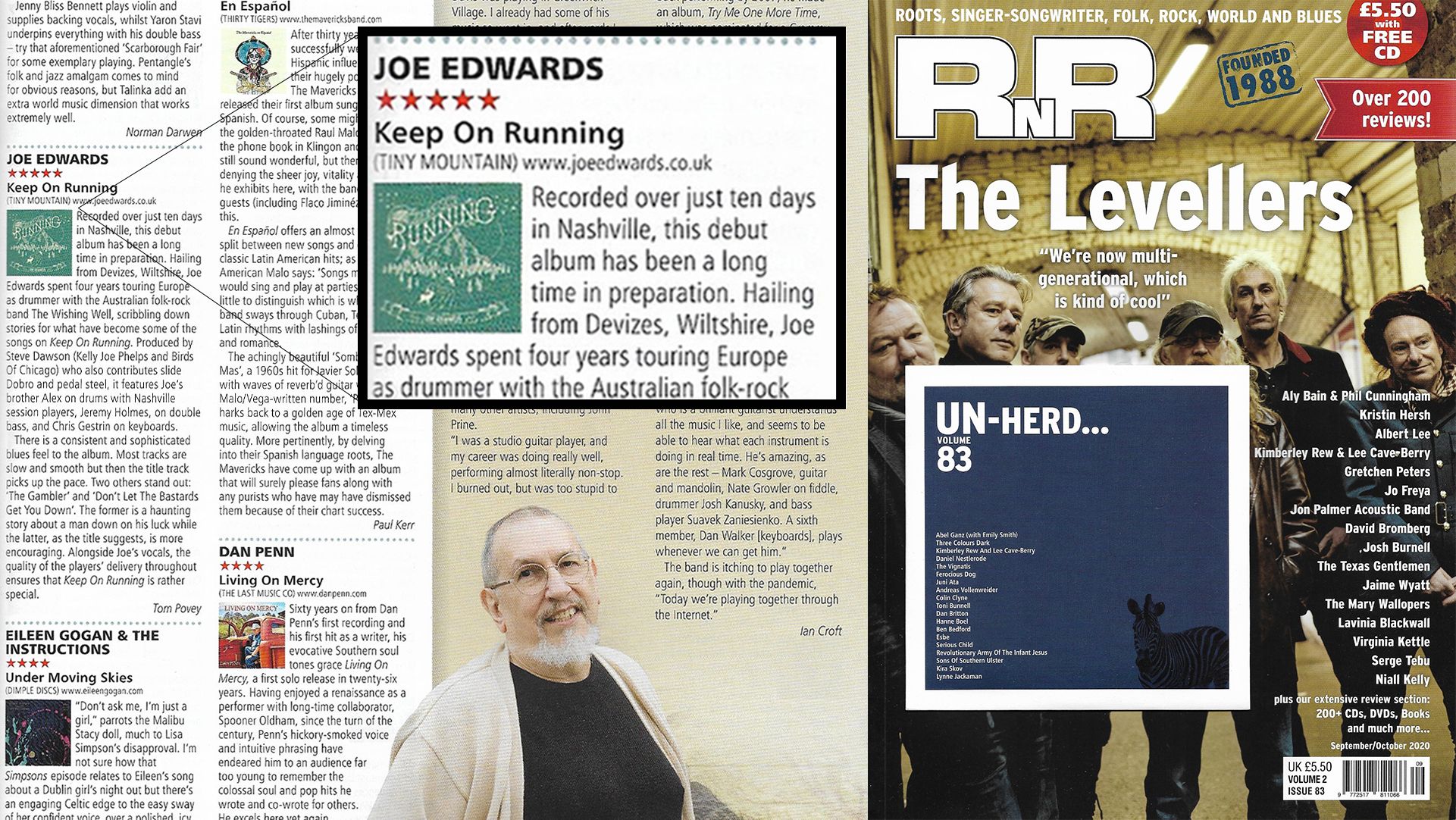 A huge thank you goes out to the good folks at Blues News Magazine who were not only kind enough to add this review but also for sending us a copy from Germany! “On the one hand, it is hard to believe that this album was recorded live in one room in just ten days. On the other hand, that could be exactly why it sounds so great. With this atmospherically dense, very intimate production, which was created in Nashville, a young Briton introduces himself to the music world…..He settled it between country, folk and blues according to his preference for the great American songwriters from James Taylor to Bob Dylan. He let his brother and friends help him with the implementation and arranged according to the motto "less is more". Joe Edward's captivating texts tell of traveling, of underdogs, of eternal love, of distributional injustices and of the liberating feeling of having everything you need in one bag. A nugget for listeners, Americana fans and fans of honest songwriting.” - Christoph Ullrich (Blues News Magazine, DE) 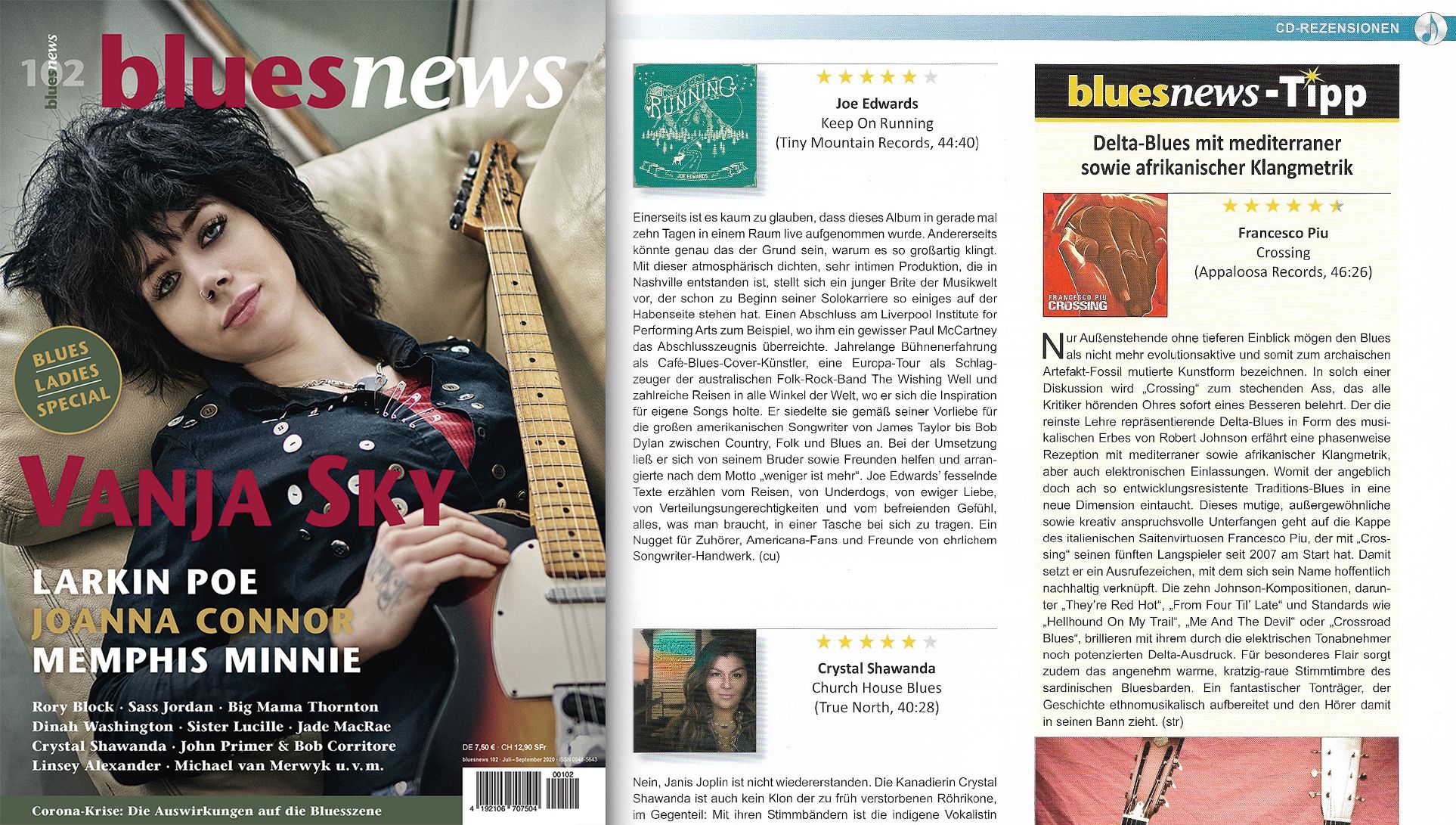 This summers edition of Classic Rock Magazine is out now, kindly including 'Keep On Running' in its Blues Round-up. “The Wiltshire-born songwriter has put on some miles, but all roads lead to Nashville on this assured debut. Producer, slide guitarist and local hero Steve Dawson ensures it never comes across as a holidaying Englishman, letting songs like Cross The Line and Driving Home unfold with an authentic, unhurried, pedal-steel-draped beauty.” – Henry Yates, 8/10 (Classic Rock Magazine, UK) 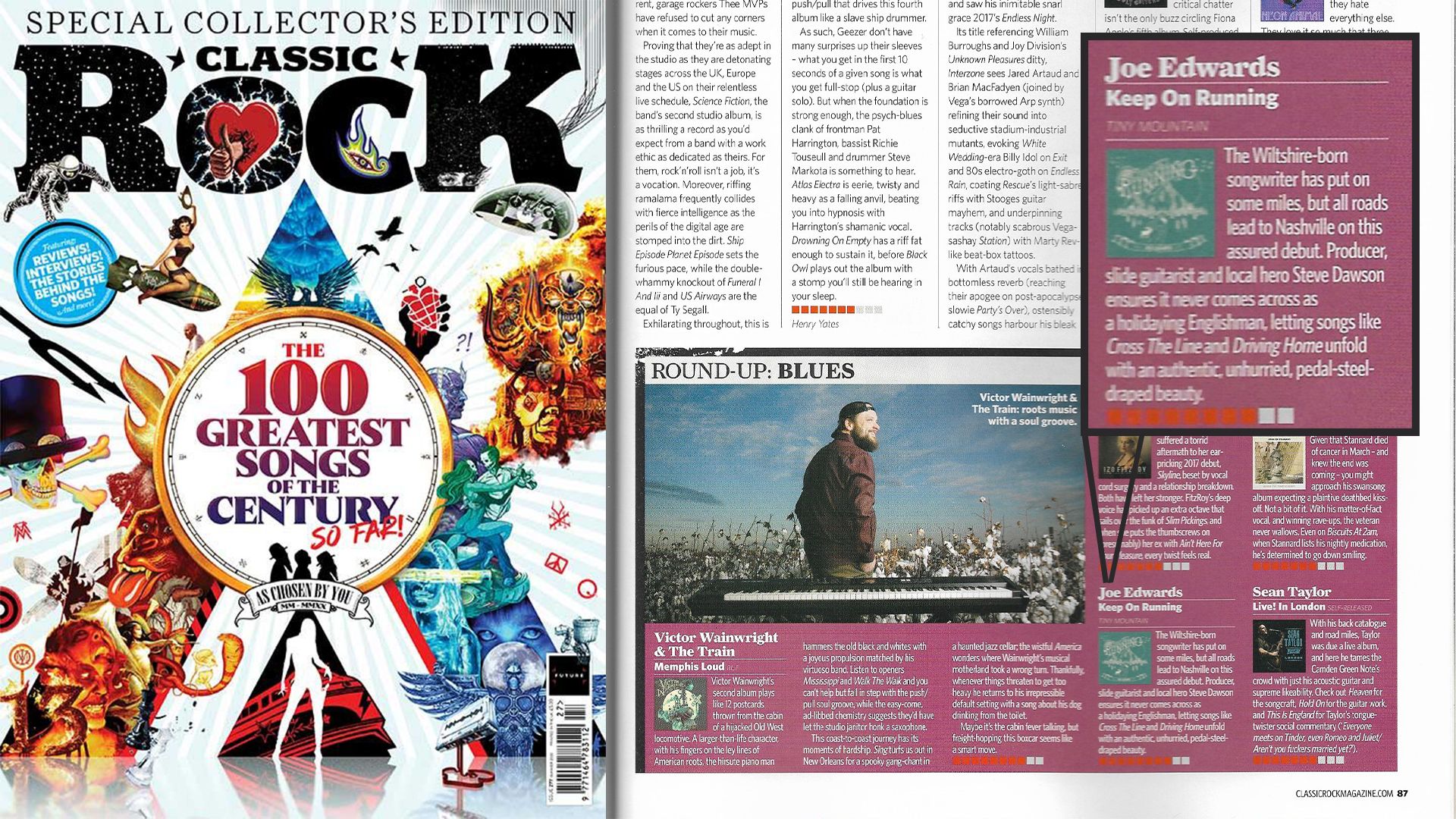 The 1st single 'Trouble' has been featured on The Blues Show with Cerys Matthews over at BBC Radio 2 alongside the episode 'With a birthday toast to the great Memphis Minnie'. After gathering a bit of traction it has also made its way into the folk and contemporary folk charts curated by Roots Music Report, currently positioned at No7, whilst the album reaches No34. A huge thank you to all those that have been kind enough to give it a spin!

'Keep On Running' Out Today via Tiny Mountain Records!

Today, May 22nd, sees the release of the brand new album, 'Keep On Running'. You can preview it here and pick up a copy of your very own on our store page. Thank you to all of those that have done so far, we really appreciate your support! Joe

Through the challenges of trying to shoot a video entirely from home, Folk Radio have very kindly described the video as "utter genius! One of the most moving videos I've seen in a while." Having also been picked up on the fact that it is mental health awareness week, we're really pleased to share it with you guys, you can watch the video in its entirety here before the album goes live tomorrow!

'Keep on Running' available to pre-order!

Check it out on iTunes here:

Check it out on Amazon here:

The newest addition to our videos now includes the latest single 'Trouble'. You can watch the full video being premiered over at Americana UK by clicking here